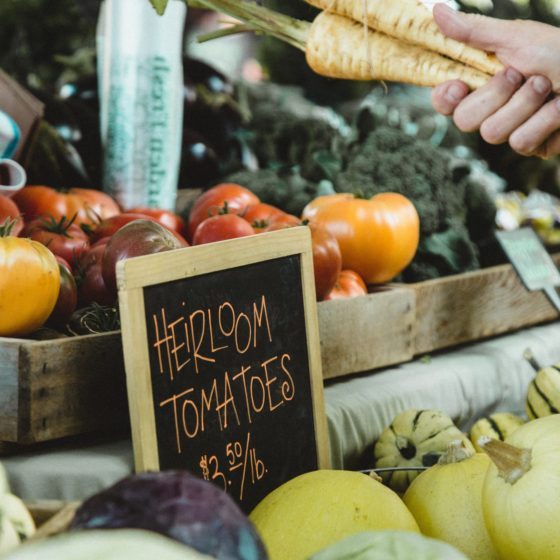 10 Mar What is Organic and Non-GMO?

Posted at 01:55h in Healthy Bites by Anar 0 Comments

It has become increasingly difficult for people to figure out what is healthy and what isn’t with the food choices available today. The foods that we decide to buy do more than just provide nourishment. Every time we make a choice to buy a product or a certain food we are impacting the entire food system – everything from the environment, land, air, water, and most importantly to our health.

When you buy a product you have the choice to either buy organic and non-GMO. To buy something that is “organic” means that the farming practices are different from conventional farming practices. The Canada Organic label was introduced in 2009. To carry the label, a product must be certified organic by a CFIA-accredited body (Canadian Food Inspection Agency).

Organic farming in general features cultural, biological, and mechanical practices that foster cycling of resources, promote ecological balance and conserve biodiversity. The definition of “organic,” according to the Organic Foods Production Act (OFPA), is that animal product sold or labeled as organically produced are not given any kind of antibiotics or growth hormones, are only fed with organic feed and are not administered any type of medication aside from vaccinations or to treat an illness. For fruits, vegetables and grains synthetic pesticides and chemical fertilizers are not allowed, although certain approved pesticides may be used. In general, organic foods are also not processed using irradiation, industrial solvents, or synthetic food additives.

What about Non-GMO? Genetically modified organisms, or GMOs, are created when a gene from one species is transferred to another, creating something that would not be found in nature. This alerted product receives a lot of controversial attention; here are some reasons why GMOs should be avoided.

The Non-GMO Project is an international organization that operates in both Canada and the United States. All Non-GMO Products are given a stamp of approval using the non-GMO logo.

The best way to ensure that the food you are purchasing for your family is healthy is to make sure it is organic. Certified organic foods are also non-GMO. Organic regulations prohibit any genetically modified (GMO) ingredients in a certified organic product. Organic crops cannot be grown with synthetic pesticides, and contain much lower pesticide residues overall. Organic regulations prohibit certain toxic pesticides from being used on crops, but there are no special restrictions for non-GMO crops. So, non-GMO crops can be grown the same as other conventional crops and can still contain toxic pesticide residues.

Buying organic is very expensive and this is where you need to prioritize and figure out what foods you can buy conventionally and which ones are worth splurging. Organic produce tends to cost more than its conventional equivalent because organic farming is more labour-intensive—due to fewer pesticides used—according to the Food and Agriculture Organization and USDA. Additionally, it’s expensive for farmers to maintain their organic status and organic producers tend to have smaller supplies because they don’t use preservatives and so their products have a shorter shelf life.

Next time you are at the grocery store you may way to be mindful of the “dirty dozen” these fruits and veggies have the highest pesticide residues. 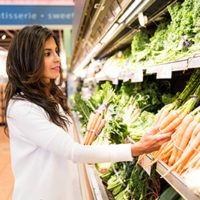 Hello! I’m Anar, as a Registered Dietitian I believe that eating wholesome nourishing food can not only make you feel great but can taste delicious too! I strive to create meals that are simple and flavorful. Join me as I share easy to make healthy recipes and provide tips to help you live your best life!